If You Have To Be At A Work-Related Training Event All Weekend... 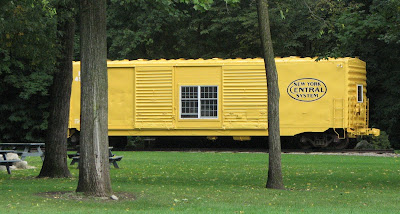 ...you can hope it is at a place like the one I just spent my last weekend, from Friday at dinner time until Monday at noon. The venue was the 2,500 acre home base of the Edward Lowe Foundation near Cassopolis, Michigan. Evidently Mr. Lowe made a significant pile of money in his time, and generously spent it developing this treasure. It seems he was the inventor of Kitty Litter, and there was big money resulting from purveying the stuff to the world's cat owners.

The sleeping accommodations are a little off the beaten track. Boxcars. But cleverly converted ones, each able to sleep eight, with a nice bathroom and a central sitting room. I guess the designing hand of Mr. and Mrs. Lowe are all over the place. Here are the boxcars, inside and out. 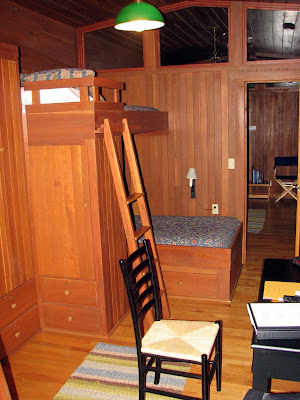 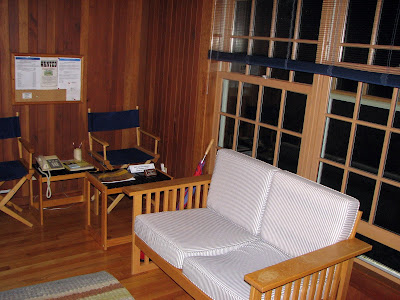 There was a nice fire pit in the middle of the boxcars, and those in charge had a nice fire going every night I was there. The first night involved making s'mores.

On the way from the boxcars to the conference building is Billieville, a simulation of a small downtown from the turn of the century. I guess Mrs. Lowe's middle name is Billie... This is what Billieville looks like. 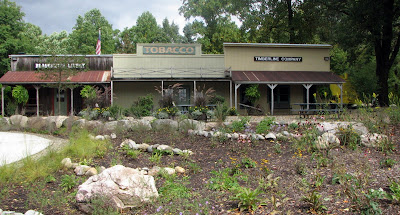 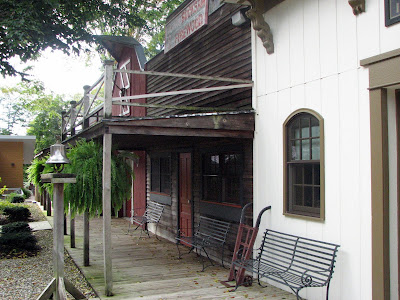 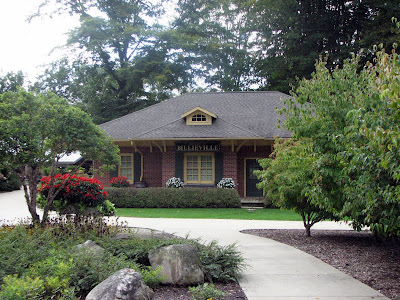 Then there is the "cabin" that overlooks a valley and pond. I could happily spend a week here with binoculars, enough books, and it wouldn't hurt to have the food service that spoiled us this weekend... 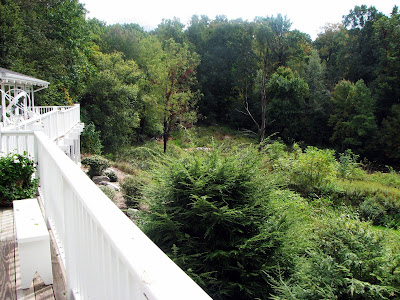 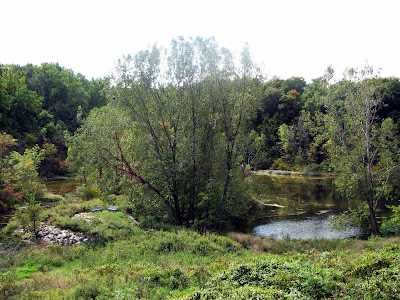 The foundation is serious about good environmental practices, and their 2,500 acres and its plant and animal inhabitants are well cared for. They follow several best practices in maintaining the environmental integrity, and I only wish I had more time to explore the place. 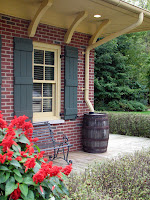 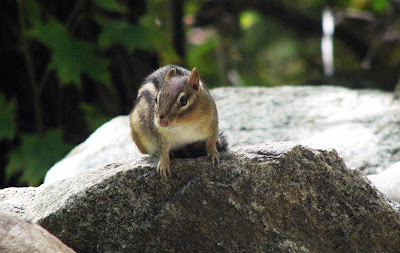 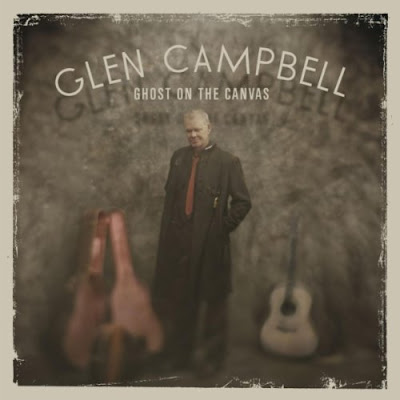 You have probably heard about how Glen Campbell recently made public that he has been diagnosed as being in early stage Alzheimer's. As a result, he has released a "final" studio album, depicted above, and is embarking on what is likely to be a final tour.

Glen is one of those icons of my youth. He was pounding out the hits, several of which were artfully penned by Jimmy Webb, who was one of those 60's "hit factories". I can still recall Glen's boisterous intro to his variety TV show: "Hello, I'm Glen Campbell and this is the Glen Campbell Goodtime Hour!!!"

His voice was eminently distinguishable - and still is. I just sampled the new album, "Ghost on the Canvas", and it is unmistakable Glen (and on a few tracks, if I am on target here, unmistakable Jimmy Webb, too.)

It is interesting watching the lauded artists of my youth aging. It is amazing how many are still hanging in there. for example, 69-year-old Paul Simon put out a wonderful collection of songs last spring, and rendered an unforgettable, solemn reading of "The Sound of Silence" in his beloved NYC on 9/11.

It is also sad when one of my favorites is struck down. I saw a piece with Glen and his wife on TV not long ago and his memory was definitely challenged while he tried to remember events from his past, words from his songs... But I give him high marks for taking it on the road one more time. And, even when he is forced to retire, with the collection of hits he has in the hopper, his voice will be aired on Oldies Radio for decades to come, evoking pleasant memories of his mention of places like Wichita, Galveston, Phoenix...
Posted by Ben at 7:36 PM 5 comments: