Summer is a hazy, heated blur.  The dog walk tonight required jackets for the humans.  The times, they are a changing.  We are welcoming a new season.  And with a (very) pregnant daughter, we are looking at fall as a season of new beginnings, perhaps moreso than spring ever was. 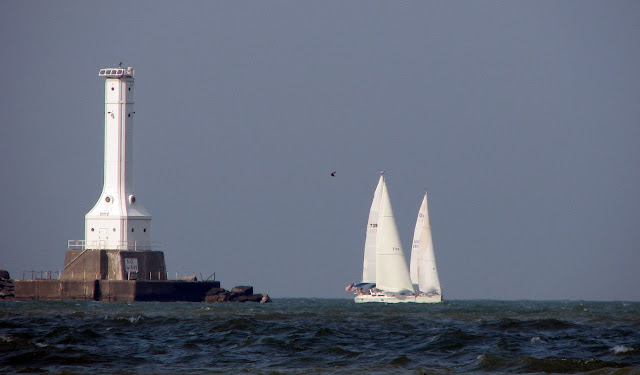 We have tried to squeeze some fun into the declining weeks of summer, and finally got up to the beach a couple weekends ago.  We got to wade in the water a bit and just hang out on the sandy beach for a couple hours.  Then we enjoyed a soft-serv ice cream cone at the local stand.  I had an orange-vanilla twist, in honor of my grandmother, who once upon a time downed a large orange-vanilla at the same establishment, after proclaiming "My, that IS large!"  Before we left the beach, it started to rain while the sun behind us continued to shine.  I knew this meant conditions were right for a rainbow, and we were rewarded! 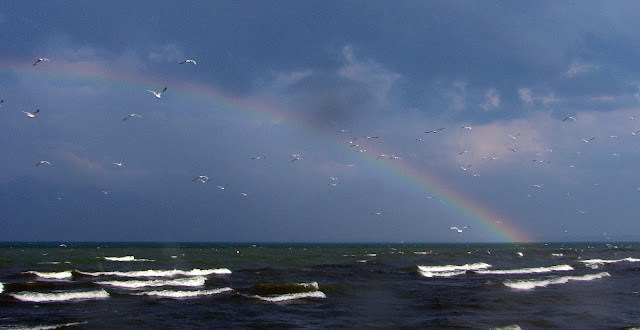 This past weekend, we had a car appointment over near Cleveland, and after we took care of the free oil change, we departed for the Cuyahoga Valley National Park and environs, only about 15 minutes farther than the car dealer. 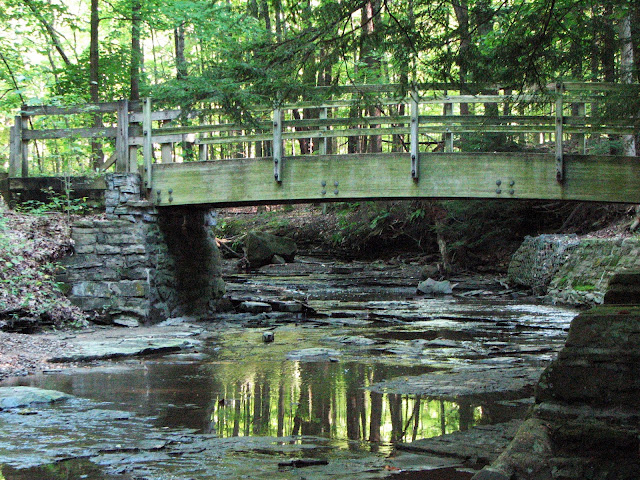 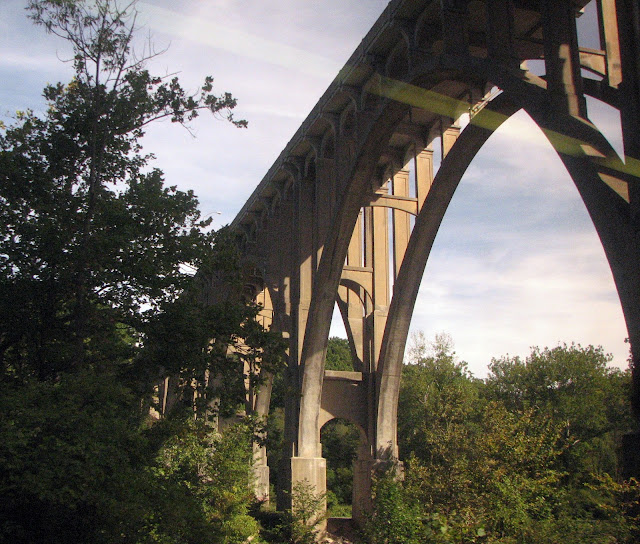 It was a great escape of a day.  We rode the Cuyahoga Valley Railroad the 22 miles down to Akron and the 22 miles back, a relaxing three hour trip.  I enjoyed every rail crossing with gates down and cars a-waiting, sort of a payback for all the times I have sat at crossings, counting the cars and marveling at the illegible but really artful graffiti. 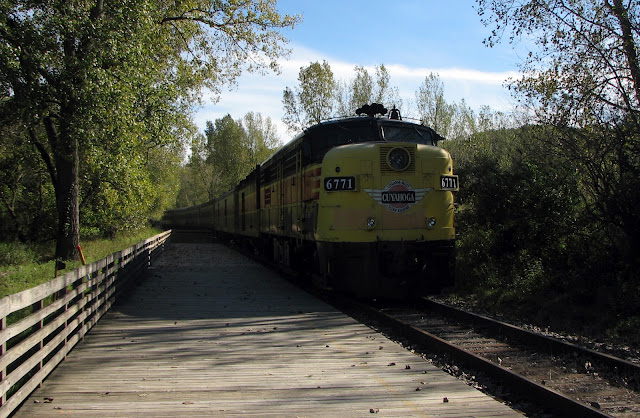 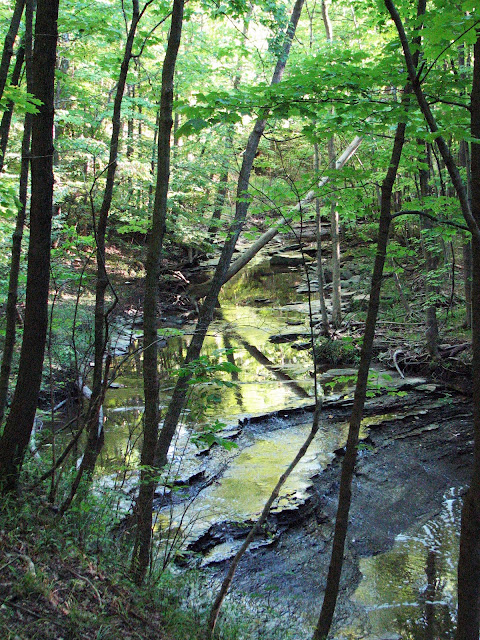 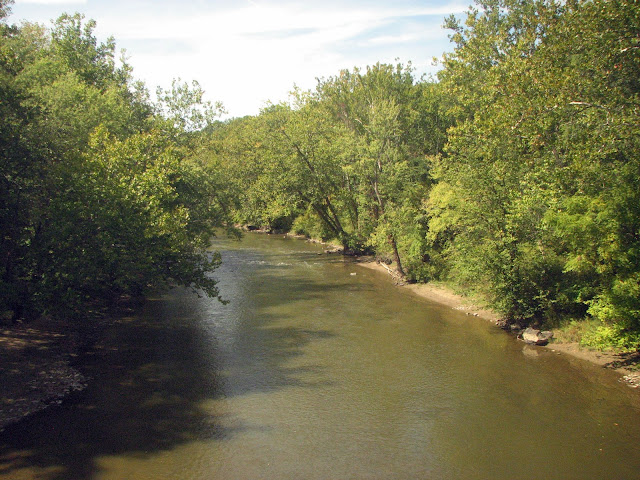 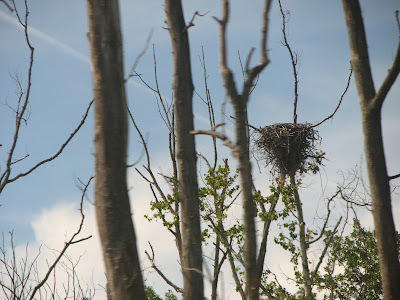 We were told there would be an eagle's nest along the rail run.  You couldn't miss it as the train slid by, but unfortunately its occupants were out fishing or doing whatever eagles do on a Saturday afternoon (Buckeyes football?)

TWO weekends ago, we traveled up to the African Wildlife Safari park, which is just about an annual event for us.  My wife seems to score a carload ticket as either a radio prize or a half-off deal.  This year we took our son's girlfriend along and enjoyed her reactions to such stimuli as slobbering buffalos and highly strung llamas. 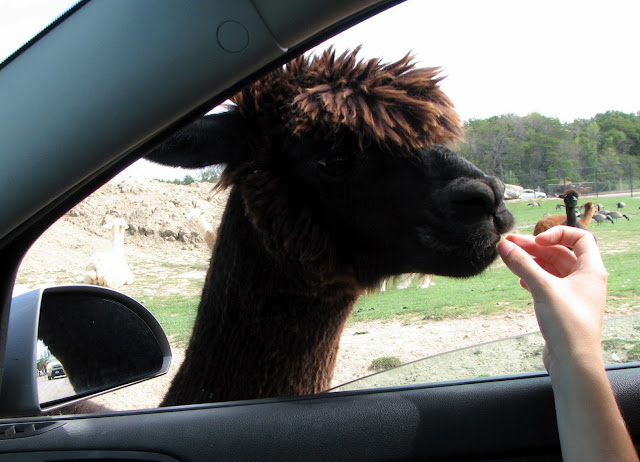 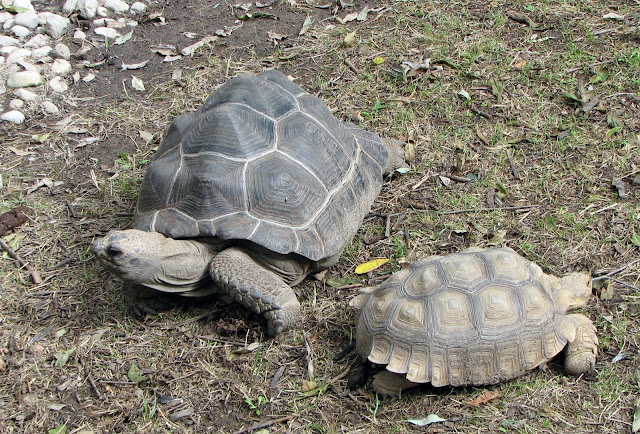 SO the past three weekends or so have been pretty active ones.  Sooner than we would like, it will get cold out there and these activities will not be so attractive.  They will be replaced by foliage tours and hikes, a coming venture up to see friends in Michigan, and who knows what all. 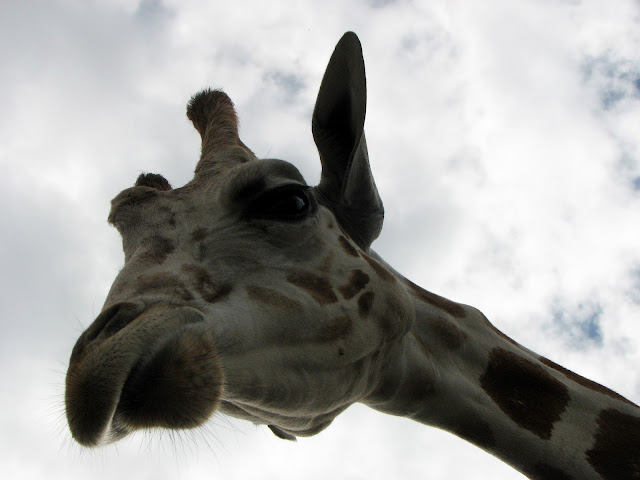 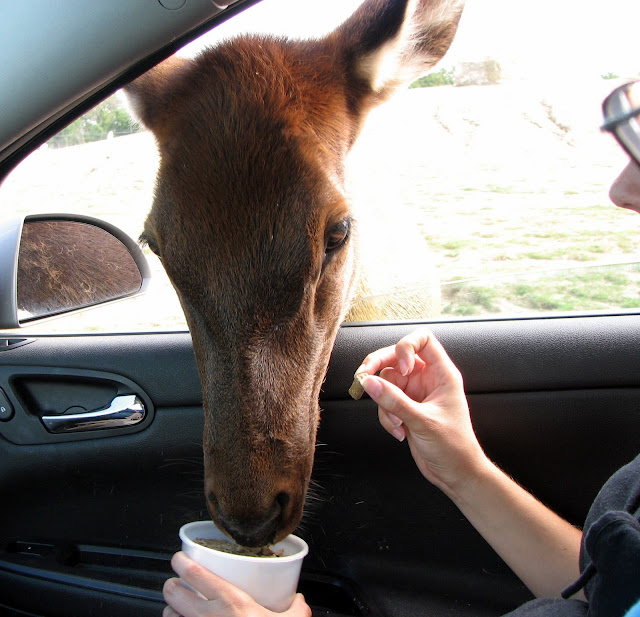 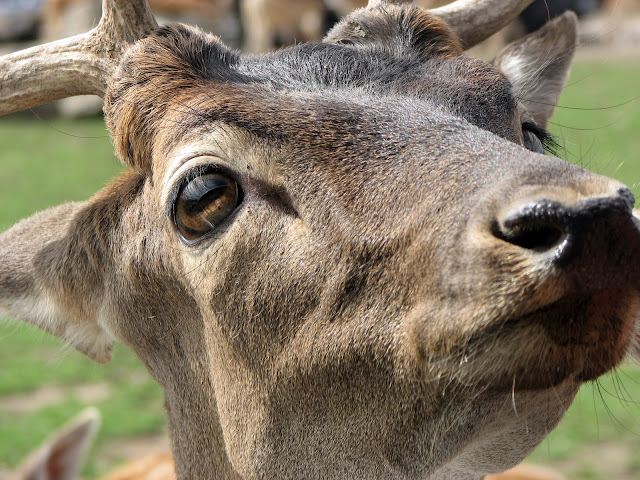 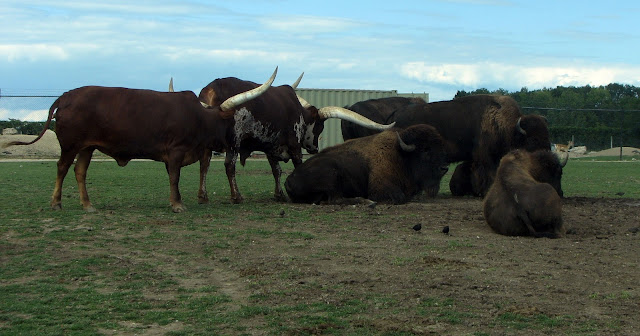